Grantley is NRG’s Director.  He is responsible for general management of our operations, business development and managing client relationships.

Grantley is a qualified Electrical Fitter Mechanic with an Advanced Diploma in Electrical Engineering and a Diploma in Frontline Management. He has over 25 years experience, commencing his career in the commercial and industrial sectors then moving to mining. His expertise is with wash plants, diesel electrical trucks, shovels and draglines from initially a hands-on capacity as a tradesman through to supervisor and management positions. He has also worked in the role of Mine Electrical Engineering Manager for several coal mine sites in a relief capacity.

Grantley is on the Australian Standards Committee, developing and reviewing Electrical Standards and technical documents and is also on the Central Queensland Capras board.

Narelle also oversees the financial management of the business.

Narelle has 7 years’ experience in the coal industry as a Coal Quality Coordinator and CHPP Supervisor in a relief capacity. She has a further 2 years’ experience with the Department of Natural Resources and Mines in Planning and Environment. Her qualifications include a Bachelor of Science (Chemistry), Certificate IV in Work Health and Safety and a Certificate IV in Business.

Tony has over 30 years’ experience working in the electrical construction industry mainly in the central Queensland region. Tony was the O’Donnell Griffin QLD Industrial Manager for 10 years and was involved in major projects throughout the region. He then did 5 years  as the East Coast Manager for the LendLease Electrical business. He is experienced in all types of project delivery and management as well as being an experienced estimator. Tony brings experience in construction of substations, washplants, power stations, port facilities and all industrial installations.

Kim began his electrical career as an apprentice electrical fitter mechanic at the Mackay Electricity Board in 1980. The MEB, now Ergon, was the regional electricity retailer, supplied from the bulk supplier QEGB. Exposure to metering and distribution on systems up to 275kV. Kim went on to work for QEGB after completing his apprenticeship.

Moving from power distribution to dragline occurred mid 80’s with Kim working for ANI on several dragline constructions and shutdowns. ANI also provided exposure to large scale construction projects including gold mines and processing plants at Wirralee and Thalanga. Exposure underground electrical work with McConnell Dowel on the construction the Oakey Ck underground coal mine and associated surface infrastructure. Driving in from the high wall to create in by and out by roads, ventilation and coal cutting.

A career of maintaining and operating Draglines and large earth moving equipment followed with twenty-five years operating maintaining on the central highlands at Norwich Park, Ensham and Clermont Coal. Additionally, during this time Kim would step into the EEM or projects role as required. Kim has held roles as a maintenance planner, CHPP Manager, EEM, Project Manager, Superintendent of Standards and Technical Stewardship with major Mineral and Resources Companies.

Corey is an Electrical Fitter Mechanic with 10 years experience in industrial and commercial projects.  He is responsible for planning, coordination and supervision of electrical works and excels at project delivery through his organisational skills, workforce engagement and technical capabilities. He also maintains productive business relationships through consulting and working with our clients and key stakeholders. Corey holds a Bachelor of Human Movement Science and a Certificate II in Business.

Kira is responsible for training, inductions and booking accommodation, ensuring our employees are mobilised to site with the appropriate training, skills and authorisations to commence work. Kira is also responsible for planning and scheduling works, allocation of labour and resources to projects and managing NRG’s labour hire contracts. Kira holds 20 years administrative experience and holds a Certificate IV in Business.

Brydie is our accounting key point of contact.  She is responsible for accounts payable, receivable and payroll. Brydie has a solid understanding of our client’s individual invoicing needs and accommodates by using their preferred invoicing methods and software systems. She is an essential part of developing our relationships with customers and clients and ensures our communication lines with customers are always open. Brydie holds a Certificate III in Business and is currently undertaking a Bachelor of Accounting.

Josh is an Electrical Fitter Mechanic with an Advanced Diploma of Management and a Diploma of Project Management, holding over 19 years experience across heavy industrial, mining and the construction industry. Josh is experienced in iron ore, coal, on shore gas, petrochem & HV in all aspects from tender process through to project finalization, close out and shutdowns. With experience ranging from minor projects through to large scale projects as a Superintendent responsible for managing a large work force of 100 men, Josh is our all rounder supervisor.

Maverick is an Electrical Fitter Mechanic with 10 years in the electrical construction industry, both commercial and industrial. Coming from a project management and delivery background, Mav brings with him a wealth of knowledge and experience in budget development and project planning. His active team leadership and development approach also allows him to provide our key clients with service and support of the highest qualities.

Justin is an Electrical Fitter Mechanic with 7 years experience in the commercial, industrial and mining industry. Holding a Certificate II in Split System Air Conditioning & Heat Pump Systems and an Open Cablers Licence he can manage and oversee a broad range of projects. Justin has worked previously on various large scale hospital, commercial and industrial construction projects along with major preventative maintenance and breakdown contracts. 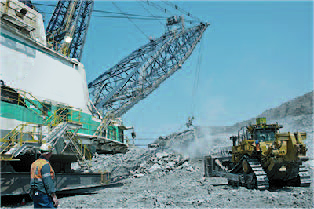